Entering into a contractual business relationship with another party is a serious task and should only be entered into after giving real thought about the relationship you want. Don't fall into the trap of entering into agreements haphazardly or with complete trust of the other party. Even if it's a family member (some would argue especially if it's a family member), the business contract should protect your own business interests first and to do so you'll need to familiarize yourself with some guidelines on how to write a business contract.

Generally, you will want to keep two things in mind when entering or writing a business contract:

Read below for tips on writing business contracts for your small business.

1. Get it in Writing

Anytime you enter into a business contract, you want written proof of the agreement as well as specific terms by which each party is bound. Oral agreements do occur in the small business context, but such agreements are difficult to enforce and people's memories can be faulty and terms easily misremembered or misinterpreted. The first lesson in How to Write a Business Contract 101 is to always get it in writing.

2. Use Language You Can Understand

The best contracts, particularly in the small business context, are written in plain English where both parties know exactly what they're signing and what the provisions mean. Just be sure that the terms you write are specific as to each party's obligations and the specific remedies that you have in the event that the other party violates the agreement. Also, keep in mind that certain terms have specific meaning in the law.

The easiest way to write a contract is to number and label each paragraph and only include that topic in the paragraph. By segmenting the contract into individual units, it will be more easily understood by the parties (and by a court should it come to that).

The rights and obligations of each party should be laid out in specific language that leaves little room for interpretation. If you want delivery on the 15th of each month, use the specific number instead of writing, "mid-month". If you and the other party agree to a new term or decide to change an existing term in the agreement, be sure to add a written amendment to the contract rather than relying on an oral agreement. A court may or may not accept the oral agreement as part of the contract.

It's important to specify how payments are to be made. If you want to pay half up front and the other half in equal installments during the life of the contract, state that, as well as the terms under which you will release payment. For example if you contract with someone to paint your business offices, you might want a provision stating that your regular payments are contingent upon a certain number of rooms being painted to your satisfaction. Whenever possible, list dates, requirements and methods of payment (cash, check, credit). Contract disputes often center on money, so you'll want to be as specific as possible.

6. Include Language on How to Terminate the Contract

Contracts aren't meant to last forever. If one party continually misses payments or fails to perform their duties, you want to have a mechanism in place so that you can (relatively) easily terminate the contract. It could be a mutual termination agreement (when the objectives of each side have been met through the contract) or more likely an agreement that either side can terminate if the other side violates a major term of the contract, after giving proper notice of its intent to terminate.

Contracts can stipulate which state's laws will govern in the event there's a dispute. If the other party is located in another state, you should include a clause that states which state laws will govern. If you don't, and there's a dispute, there may be a whole other legal argument (which costs more money) about which state's laws should be applied to the contract. Avoid this headache and agree to it at the inception of the contract, when both parties are agreeable.

8. Include Remedies and Attorneys' Fees

Especially if you believe that it's more likely that you'll sue over the contract (as opposed to the other party suing you), you might want to include a clause that awards attorneys' fees to the winning party. Without this clause, each party will have to pay for their own attorneys.

9. Consider a Mediation and Arbitration Clause

In the event of a dispute, it may be advantageous to include a provision that requires the parties enter either mediation or arbitration, or both. Mediation is a voluntary process where both parties try to work out their issues directly, with the help of a neutral third party mediator. Any settlement must be approved by both parties. Arbitration is a more adversarial process where the arbitrator hears both sides' arguments and makes a decision that both parties must abide by. It's akin to a trial setting, but the arbitration process is much quicker and cheaper than litigating in court.

Writing a business contract that protects your interests while balancing your business objectives is critical to your business' success. But while you should get acquainted with the legal terms and processes for writing a contract, sometimes it's best to have an attorney review your contract before it takes on the force of law. Contact Us today to schedule a client consultation for contract and corporate agreement review. 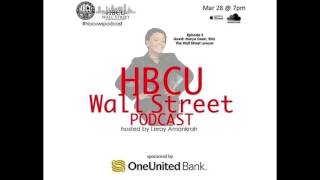 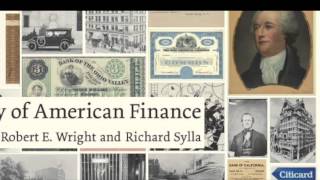